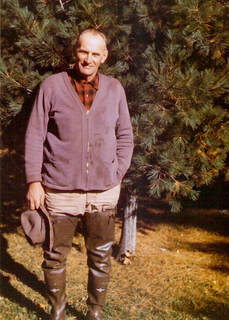 Oscar Youngstrom, 1945
Oscar William Youngstrom was born in Sweden on November 20, 1888.  In 1892, his family immigrated to America, settling in Minnesota at Granite Falls, and later in Milaca.  On March 20, 1918, Oscar married Mabel Elisabeth Burchell. He entered the army during World War I on August 30, 1918 and served in Company “D” Development, 1st Battalion.  He was honorably discharged on December 9, 1918 at the end of the war.  After the war, he worked at the Canadian National Railroad on the Duluth Winnipeg Pacific (DWP) line as a fireman, working his way up to an engineer making runs from Fort Francis to Duluth. Mabel and her baby died in childbirth in 1924.

In December of 1929, Oscar and his business partner, Fred McKay, purchased property from Claus K. Puck which included a virgin pine peninsula known as Puck’s Point. The Kabetogama property had been surveyed into 26 lots in 1928 and they turned it into a resort. The lodge was built first, starting with the basement which was dug by hand. Some of the labor was done by Oscar’s nephew, Curt Osborne, brothers-in-law Floyd and Raymond Muller, and other local craftsmen. Oscar and Fred worked on the breakwaters, docks and the building of the cabins which are still in use today. Oscar was instrumental doing the paperwork and getting the necessary permits for building the road from Gappa’s Landing Road to the resort area near Puck’s Point. 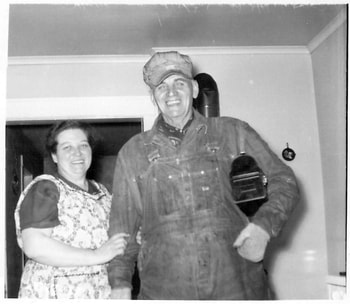 Helen & Oscar Youngstrom
In March of 1932, Oscar and Fred purchased additional tax forfeited land from St. Louis County. In May of that same year, Oscar married Helen Muller in Virginia, MN and their first child, Jean, was born on March 19, 1933. She married Oscar Lund from Barnum.  Their other children were Bert, who married Bernice Olsen from Mt. Iron; Mary who married Robert Boril from Virginia; and Bette who married Edmund Anderson from Virginia.

In June, 1934, Oscar bought out Fred McKay’s half of the resort property and renamed it Youngstrom’s Vacation Camp.  Its first official guest was Dr.Howard and Mrs. Georgia Satterlee from Lewistom, MN, in 1934. The cabins weren’t completed at that time, so they stayed in the garage that was being used as temporary living quarters while the lodge was being built. Eventually, the resort had 6 guest cabins plus the lodge.

Oscar continued to work for the DWP Railroad and, on his days off, working at the resort with the help of his brother, George Youngstrom, his wife, Helen, their children, and other hired workers. Helen washed the linens and cooked all the meals for the guests that were staying on the “American Plan.”  Every three days blocks of ice were brought to each cabin to keep their food cool.  The ice blocks were sawed out of the lake in the winter and stored in a shed for summer use.  The ice was covered with a layer of sawdust to insulate it and keep it from melting.  Every day 2 cream buckets of water were drawn from the hand pump well and delivered to each cabin. The guests used this water for drinking and cooking.  Jean and Bert would help with these chores with Helen or Oscar driving the old resort pickup and Mary and Bette going along for the ride. When Jean and Bert were old enough to drive, they drove the pickup which made it  more fun!
Other chores that the children helped with were washing boats, cleaning cabins, making up beds, and occasionally cleaning fish for the guests.  When their chores were done, the children were free to play with the guests’ children or the neighborhood children, go fishing, swimming or waterskiing. 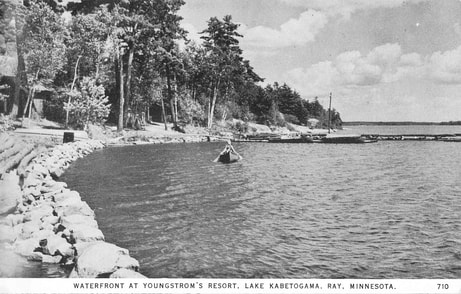 The family lived year round at the resort for the first 4-5 years, spending summers living in the lodge and the first winter in the garage. They spent the remaining winters in the first cabin that was completed. They called that cabin, The Lower Cabin.  Helen cared for the 4 children while Oscar worked on the railroad. The cabin was heated with a wood stove and they hitched a sled to their dog to haul water from a hole in the ice for bathing, cooking, and drinking.  The 2 older children, Jean and Bert, attended the one room Kabetogama school house for their first years of schooling. In the early 1940’s, Oscar and Helen purchased a house in Mountain Iron from Helen’s father, Frank Muller.  They spent summers working at the resort and spent their winters in Mountain Iron.  All 4 children graduated from Mountain Iron High School. 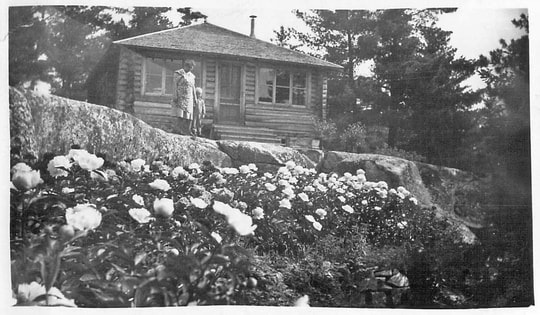 Helen and Bert at Cabin 2, with peony beds in front
One of Oscar’s passions, besides fishing and hunting, was horticulture.  Having taken some university classes, he loved grafting trees and planting flowers, which greatly added to the natural beauty of Youngstrom’s Camp.

Youngstrom’s Camp soon built up a clientele of wealthy families from the Twin Cities and Chicago area, and some well-known celebrities, including Pianist Roger Williams and his parents; comedic actress Joan Davis and her husband, Si Wills, and her parents. Whenever Joan Davis stayed at the resort, the children were given strict orders to not tell anyone which cabin she was staying in. Reporters from International Falls would often come to the resort asking where she was staying.  People would take a boat and go down the shoreline shouting her name to see if she would come out of her cabin so they could get a glimpse of her.
In 1949, Helen was having serious health problems so the resort was sold to Carl and Goldie Moore, who changed the name to Totem Pole Lodge. While the Moore’s owned the resort, the main lodge was destroyed by fire, but it was soon rebuilt. *Since then, the resort has been sold several times and is now the Voyageur Park Lodge. (*“Love at First Sight:  The Story of Voyageur Park Lodge” from Resorts of Minnesota) 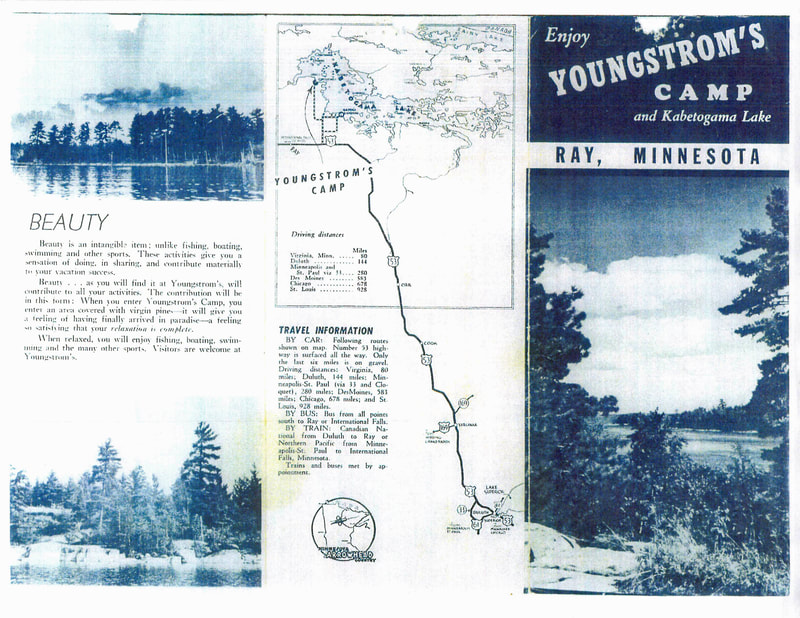 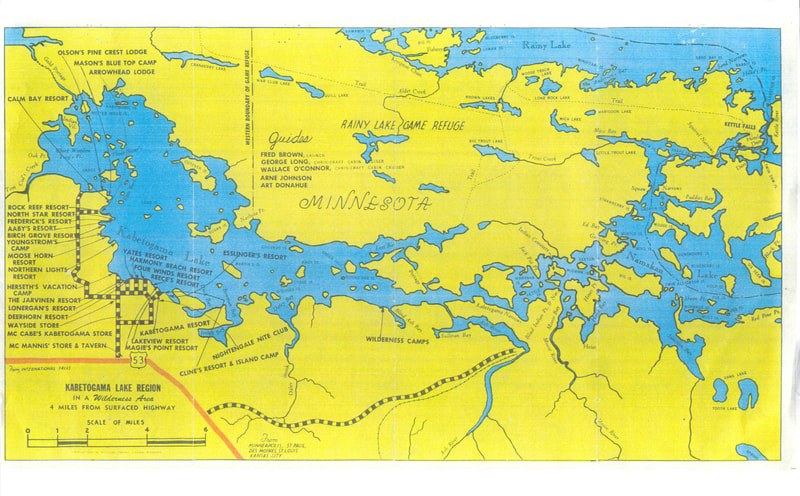