Pike Bend Resort, which is now Northern Lights Resort, was originally owned by Allan and Eleanor Cline. Thanks to Harlan and Heidi Schauer for providing the images given to them by Darlene Cline, and thanks to Dee Dee Thompson (Eleanor Cline's granddaughter) for providing captions. These photos are all vintage 1930s-1940s.
Eleanor Cline 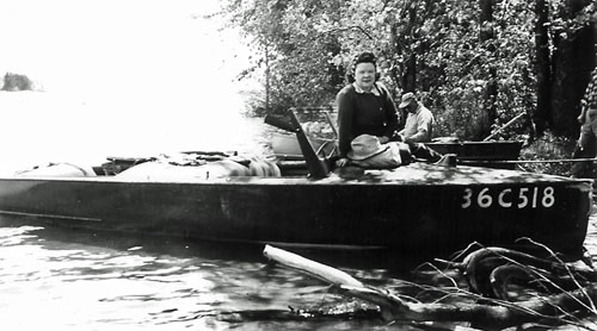 Darlene Lepper with her dog Jigs at Pike Bend. 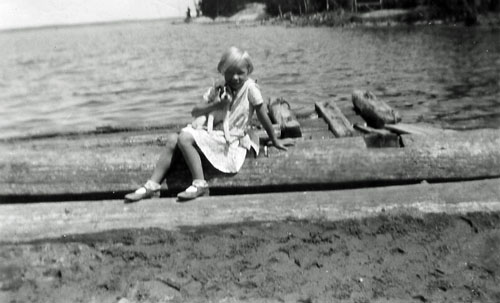 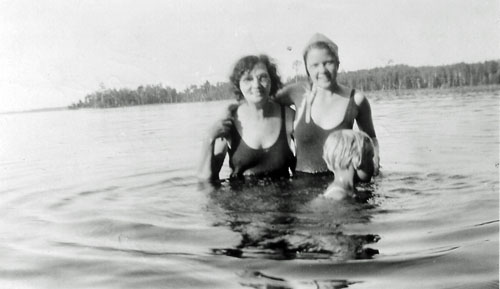 Guests at Pike Bend, which is now Northern Lights 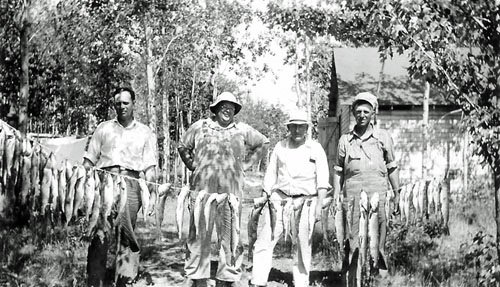 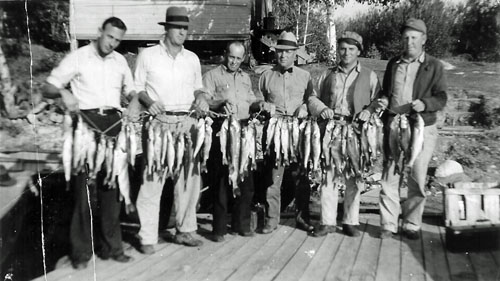 (l-r) Andy Erickson, unknown boy, Allan Cline, unknown boy,
Eleanor Cline and their dog Jigs. This photo was taken
at the rear entrance of the kitchen at Pike Bend Resort. 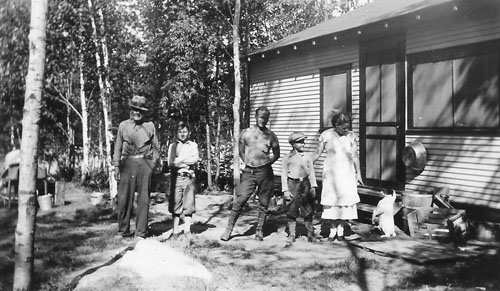 (l-r) Doug, Dorothy and Margaret Miller, their parents
Albert and Myrna Miller, and "Old Charlie", a Kabetogama local.
Taken at Gappa's Landing in front of the City Club bar owned
by Emil and Helen Boyum. Helen was the oldest daughter of
Albert and Myrna , and Myrna was the sister of Eleanor Cline. 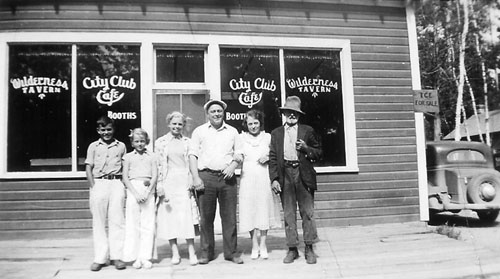 Andy Erickson on "our little island" with his dog Shot. 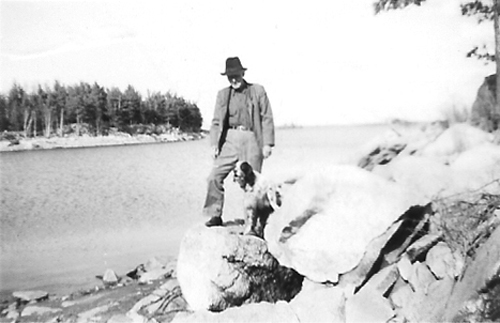 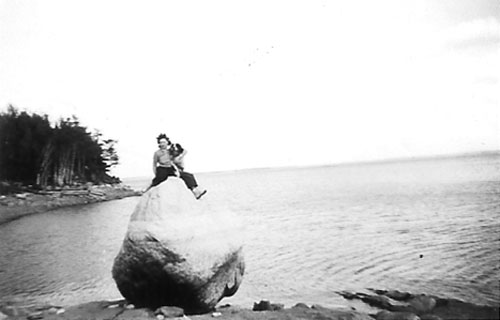